In November 2010 Dr Julian Legg, physiotherapist Alicia Lander, Tony Wolstenholme and Jim Hopwood (trainee project manager) made an exploratory visit to the National Children’s Hospital in Chisenau, at the invitation of Dr Barbova of the medical genetics unit.

While in Chisenau we visited the British Ambassador and through him were made aware of a well-funded French/German project offering support to the CF team.

In May 2011 Julian spoke at a national CF conference and delivered 3 nebulisers to allow children to be treated with saline or inhalable antibiotics at home.

In March 2012 Dr Oxana Turcu came to the UK to take the new ‘Nutrition in CF’ course in Leeds. She and Prof Svetlana Sciuca spent a week observing the CF work in Southampton hosted by Julian. Both visits funded by CHI.

The British Embassy have promoted a number of meetings between British charities working in Moldova to encourage cooperation; I attended one in London. Through us, the Chair of the CF Association attended a fund-raising training event at the embassy in Chisenau and I passed on information about the Embassy small grants program. I have also met representatives of the Association and the German team at CF Europe conferences.

From these contacts we heard that the German team had raised funds for a large scale campaign to improve treatment and raise awareness among family doctors. They had also donated a modern sweat-testing machine and several more nebulisers. In view of this we curtailed our own activity.

Unfortunately they also reported that Dr Turcu had left the team due to Prof Sciuca’s hostility; however she continued to provide advice and support unofficially.

Prof Sciuca has requested help with setting up neonatal screening but this is not recommended or supported by the German team or CFE until patient management and support is much improved. The chair of the parents association warned of a ‘turf war’ between Dr Barbova in Medical Genetics (the traditional home of CF in Russia) and Prof Sciuca in the hospital.

The CF Association has a new chair (the old one emigrated to Canada) who is a communications consultant with excellent English and French. She is very active lobbying government and raising funds.

With German support, a new out-patients unit has been opened and is operated on two days a week by Dr Turcu with strong support from the Association.

In May 2015 we sent some donated drugs and equipment to the new centre, transported free in one of their regular trucks by MAD (Make A Difference) Aid, based in Cowes. These were gratefully received and distributed to patients in need.

“Our list of equipment required is long, but any help is welcome:

After further discussion we sent a spirometer, a baby scale and an adult scale to the day centre at the end of 2015, transported free by MAD Aid. After long delays in customs they arrived in March 2016 and were quickly put into use monitoring weight and lung function. Regular check-ups and prompt intervention at the first sign of problems greatly reduces the damage caused by CF.

In June we covered the travel costs for physiotherapist Aliona Roznerita to attend a training course organised by CF Europe in Belgrade.

Meanwhile Dr Legg continues to offer advice by phone and email when requested. 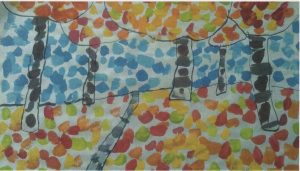 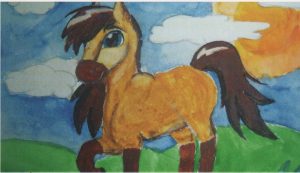